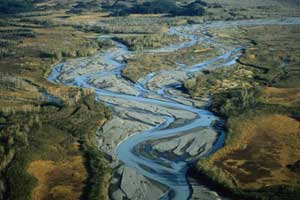 IAEA/RCA Mid-term Project Review Meeting on “Restoration of Soil Fertility and Sustenance of Agricultural Productivity;
Part II. Measuring Soil Erosion/Sedimentation and Associated Pesticide Contamination will be held in Jakarta, Indonesia in 3-17 October 2003.
The main purpose of this meeting is to review the progress made so far in line with the work plan and specific objectives of the project. The participants must be the designated National Project Coordinators from China, Indonesia, Malaysia, Pakistan, Philippines, Sri Lanka and Viet Nam, who are directly involved in the implementation of the project.

In East Asia and the Pacific region the decline in arable land area is exacerbated by conversion of agricultural land into other uses (urbanization, infrastructure and industrial development) and a series of soil degradation processes. Accelerated soil erosion is the predominant type of soil degradation. This results in not only reduced capacities of the society to produce sufficient food for the ever increasing population due to arable soil losses and decline in crop productivity but also off-site pollution effects associated with erosion. The overall objective of this regional project is to develop improved soil, water, nutrient and crop management practices while counteracting predominant soil degradation processes in order to increase and sustain crop productivity in East Asia and the Pacific region.