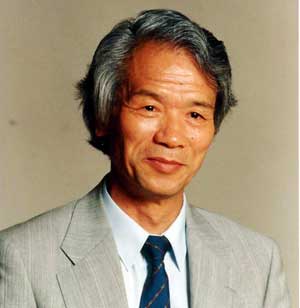 Following is an article contributed by Dr Sueo Machi to the RCARO Homepage. Dr. S. Machi, currently the Senior Managing Director of Japan Atomic Industrial Forum, Inc. (JAIF) responsible for FNCA (Forum for Nuclear Cooperation in Asia) has served as the IAEA- RCA Coordinator in 1980-1983.


There are 1.3 billion people in the world today who barely survive on USD 1.oo per day. Moreover, some 800 million people are suffering from chronic malnutrition. In order to secure food for the entire global population, which has increased enormously, more productive and sustainable agriculture should be attained. Drinking water is a lifeline. More than 1 billion people are not able to access to safe and clean drinking water, and infectious diseases kill 13 million people each year worldwide. Science and technology should be directed to meet the basic human needs of the poor. Nuclear techniques, sometimes teamed with other techniques, can be applied effectively to the challenges facing the poor.

-Securing the Health of All

Infectious diseases account for over 40% of deaths in developing countries. Malaria alone kills around two million people each year. Also, cancer is becoming a serious health problem in developing countries. Radioimmunoassay in-vitro diagnostic technology is used for the national screening programmes of common thyroid deficiencies in newborn babies (1 to 3 in every 1,000), which, if not treated, may result in permanent physical and mental disability. Thailand is an example of a country that has had great success in applying this technique.

Radiation therapy also offers hope to women with cancer. Uterine cervix cancer is prevalent among middle-aged women in developing countries, accounting for 17% of all cancer there. Radiation therapy offers the most effective treatment. The FNCA is implementing a project to transfer a better treatment protocol for cervix cancer in developing countries. A high survival rate 54% at 5 years after radiotherapy for patients with advanced cancer (stage III-B) has been achieved by this protocol in 1,100 clinical tests in the FNCA countries.

Nearly 800 million people are chronically undernourished around the world. Women and children living in poor areas are particularly at risk. The IAEA (International Atomic Energy Agency) is sponsoring field projects to monitor the malnutrition of children using a nuclear analytical technique, in order to improve the diet treatment for deficiencies of protein, vitamins, zinc, iron and iodine, which are needed for nourishment and growth.

-Food Security for the Poor

The world population of 6.2 billion is still expanding by 75 million people per year. Therefore, the food security is a challenge to save the poor, including 200 million children, who are suffering from serious protein and caloric deficiencies. Nuclear techniques can raise the output and income of poor farmers, and even protect the environment better. Nuclear induced mutation breeding in China and Viet Nam has achieved new rice varieties with higher yields and quality. They are being planted in more than million hectares in China and 200,000 hectares in Viet Nam.

Tsetse eradiation in Zanzibar, located off the coast of Tanzania, has been a remarkable success of the IAEA technical cooperation project, using nuclear SIT (Sterile Insect Techniques). That success has boosted production and the marketing of milk and milk products in Zanzibar Island. Tsetse flies spread serious human and animal diseases (sleeping sickness and nagana) caused by trypanosomiasis. The eradication of tsetse is a key to the recovery of Sub-Saharan Africa.

The ‘World Almanac 2001’ reports that only 5 out of 1,000 people have a TV set in Bangladesh, while the same number for Japan is 708. Electricity consumption is Bangladesh is 1 to 70th that of Japan. Nonetheless, energy consumption is rapidly increasing in developing countries to meet the rising living standards, and most of that is met by burning fossil fuels. In China, for example, coal is the major source of energy, emitting sulfur dioxide and nitrogen oxides that cause acid rain. The simultaneous emission of large volume of greenhouse gases (GHG) results in global warming.

Nuclear power saves 7% of the GHG emissions worldwide because of its unique advantage of not emitting CO-2. In that context, nuclear power should be recognized as an economical and well-established technology to help slow down climate change.

The Japanese government is supporting other East Asian countries in applying nuclear techniques for their people’s welfare through human resources development, building research capacity and technology transfer. Such support should be expanded to enhance the application of science and technology to eradicate poverty, which eventually will lead to the achievement of world peace.